Sou Fujimoto recently posed this question at the opening of his lecture at the GSD Harvard. He eloquently explains his concept of a ‘nest’, which implies a space that has been specifically prepared for human habitation.  A cave is the opposite of this: a naturally formed space, which to be used for dwelling requires a creative act on behalf of a human. The cave alters the behaviour of its occupant by offering no clear way in which to use the space. Although to some degree this ambiguity is inherent in all spaces, the cave is completely undefined. He calls these creative acts of appropriation the beginning of architecture.

Within the cave the body needs adapt to the space to meet its needs. As the body adapts, the space takes on a new subjective and temporal definition, unique to each occupant. A harmonious relationship is established between the body and space. The ambiguity of the cave offers a surprisingly flexible architecture, and it is this idea that Sou Fujimoto has explored in much of his conceptual and built work.
His buildings and experimental homes create spaces within spaces that blur into one another and have no definite boundaries or pre determined routes through them, requiring the user to create their definition through use - akin to the cave or a natural setting. In Primitive Future house Fujimoto explores an architecture that begins to relinquish prescribed spaces. 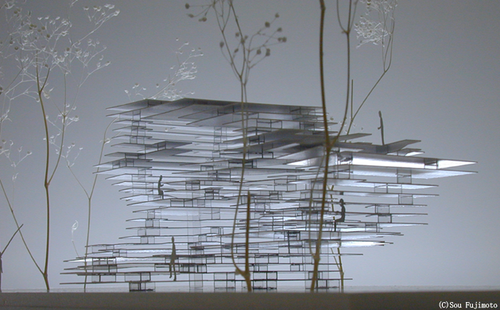 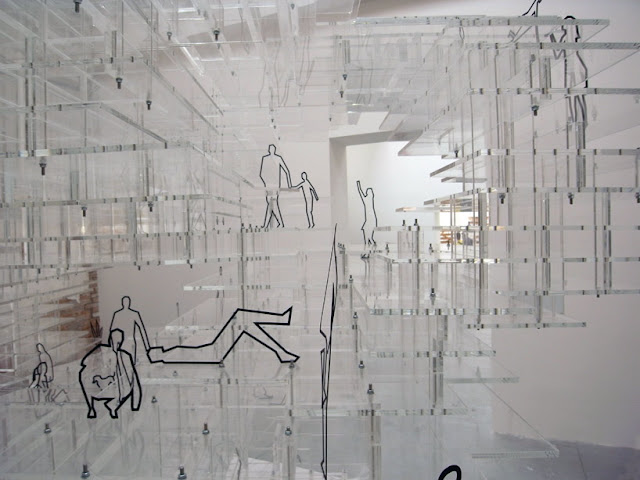 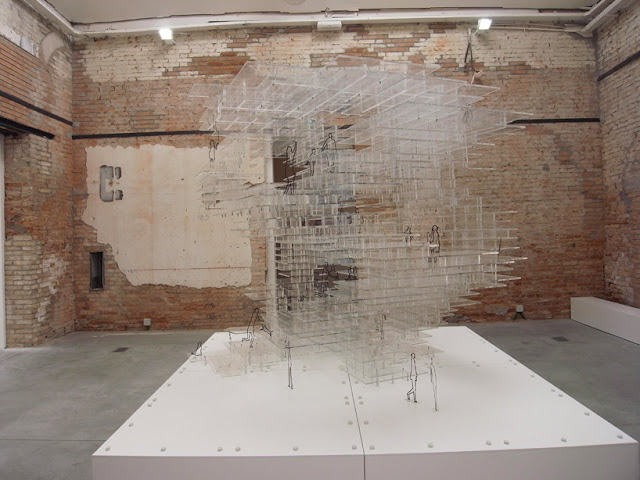 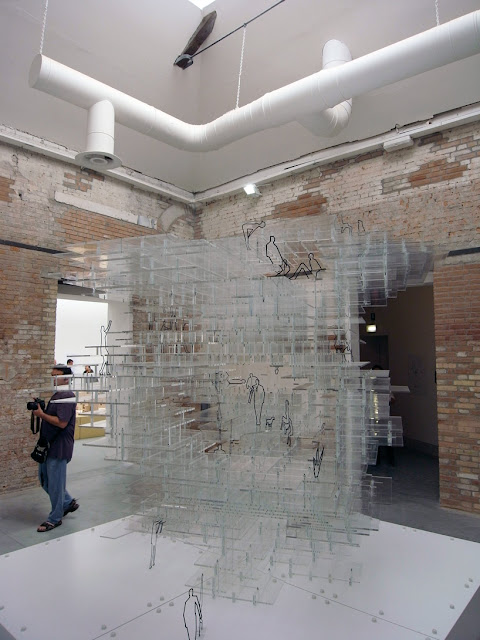 In his work the Wooden House project we see these ideas manifest into their first built work, Fujimoto explains:

'I thought of making an ultimate wooden architecture. It was conceived by just mindlessly stacking 350mm square. Lumber is extremely versatile. In an ordinary wooden architecture, lumber is effectively differentiated according to functions in various localities precisely because it is so versatile. Columns, beams, foundations, exterior walls, interior walls, ceilings, floorings, insulations, furnishings, stairs, window frames, meaning all. However, I thought if lumber is indeed so versatile then why not create architecture by one rule that fulfills all of these functions. I envisioned the creation of new spatiality that preserves primitive conditions of a harmonious entity before various functions and roles differentiated. There are no separations of floor, wall, and ceiling here. A place that one thought was a floor becomes a chair, a ceiling, a wall from various positions. The floor levels are relative and spatiality is perceived differently according to one’s position. Here, people are distributed three-dimensionally in the space. This is a place like an amorphous landscape with a new experience of various senses of distances. Inhabitants discover, rather than being prescribed, various functionalities in these convolutions.' 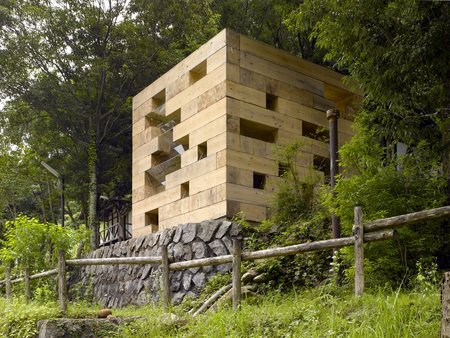 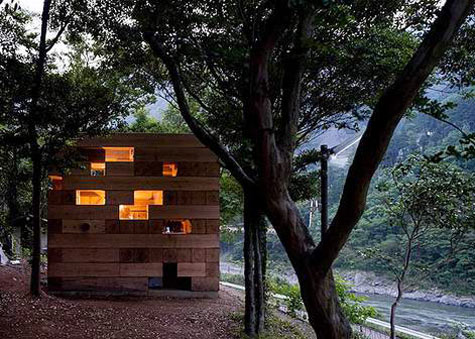 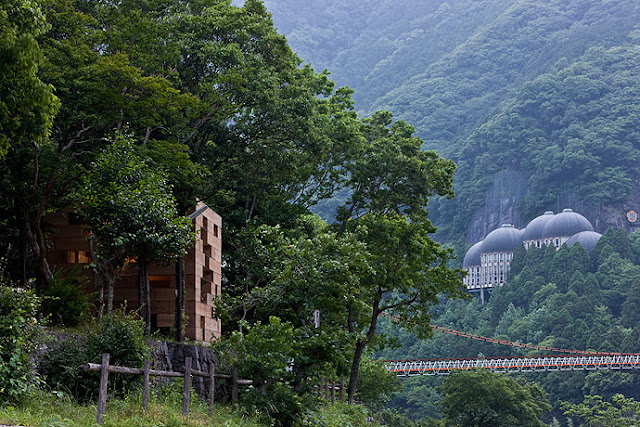 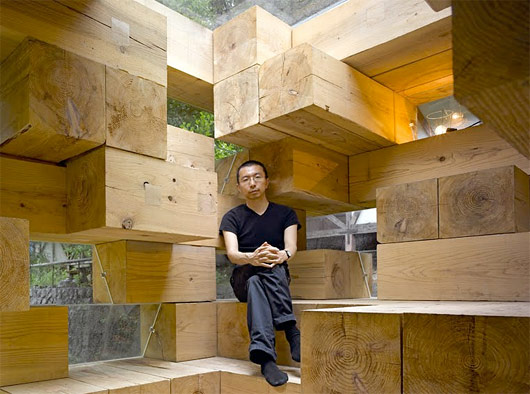 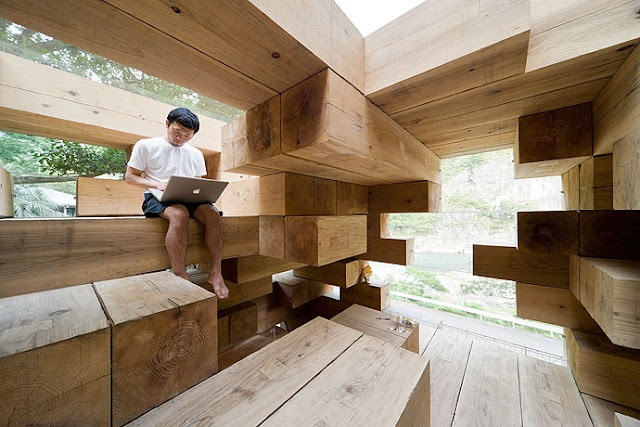 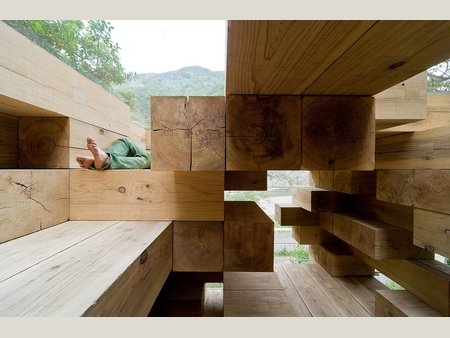 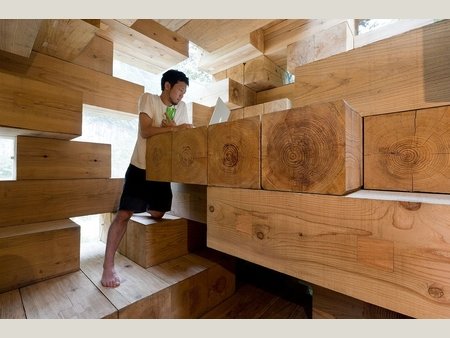 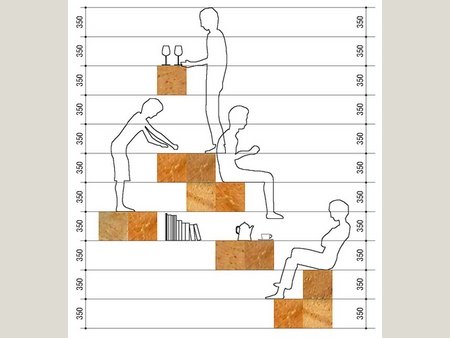 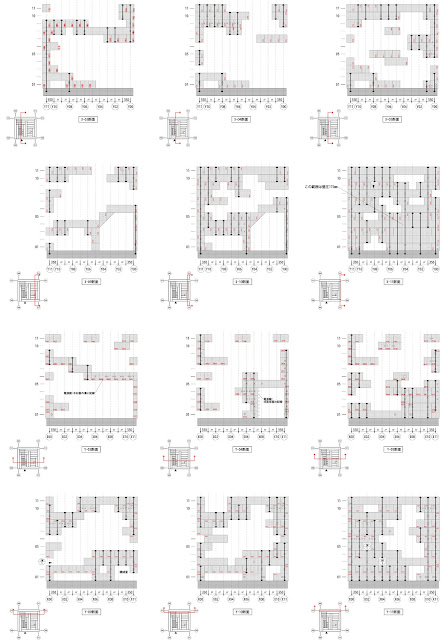 For me it is interesting to consider the importance that Japanese Zen traditions place on the rituals of the everyday, and use this for illuminating the context within which Sou Fujimoto works. For example making a cup of tea in a traditional tea ceremony is highly a refined meditative exercise involving precise controlled movements and a heightened sense of awareness of the body in space. This awareness of the body is a key aspect to many Zen practices and is often viewed as a gateway to spiritual insight. When we inhabit or navigate an undefined organic space we seem to naturally become of aware of the body as we search for ways to adapt and utilise the space. It is this heightened state that Fujimoto refers to as the primitive conditions of harmonious entity.
House NA develops these ideas further . 21 floor plates at varying heights connected via stairs and ladders create a house with a gradation of spaces that flow into one another. The home offers a unique dwelling experience, emulating a nomadic quality and sense of movement that echoes habitation amongst trees.

“The intriguing point of a tree is that these places are not hermetically isolated but are connected to one another in its unique relativity. To hear one’s voice from across and above, hopping over to another branch, a discussion taking place across branches by members from separate branches. These are some of the moments of richness encountered through such spatially dense living.”- Sou Fujimoto 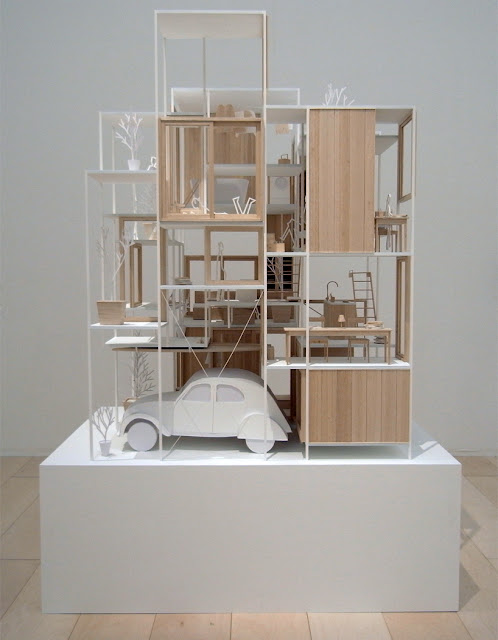 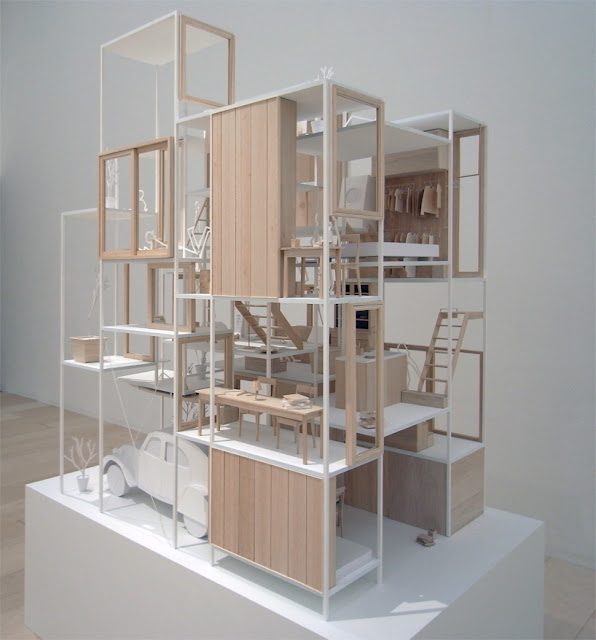 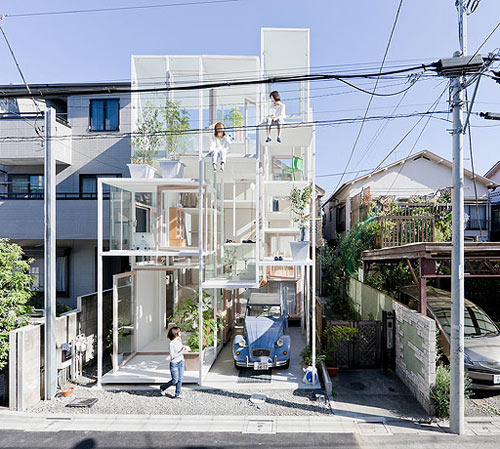 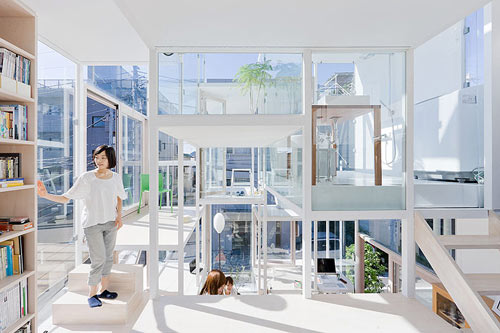 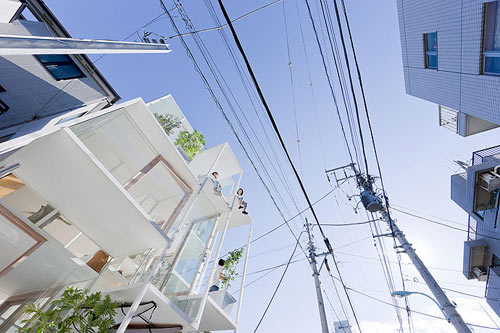 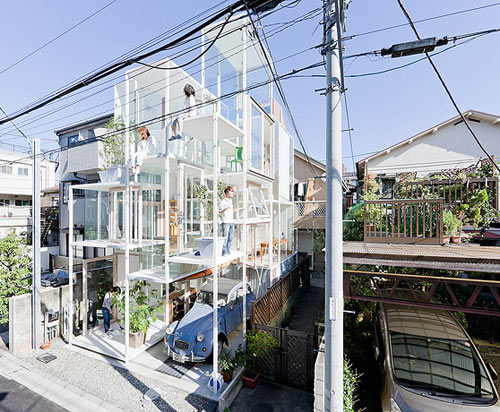 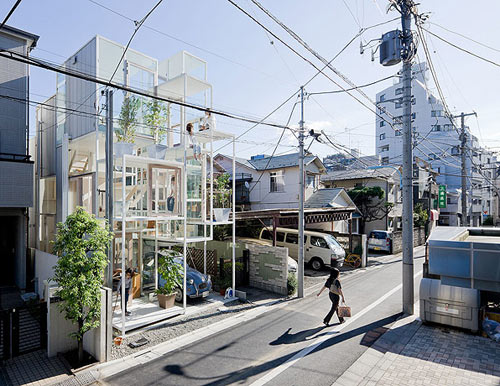 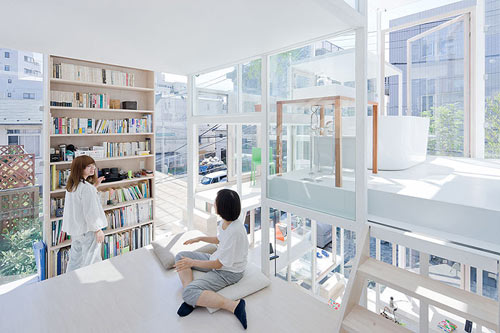 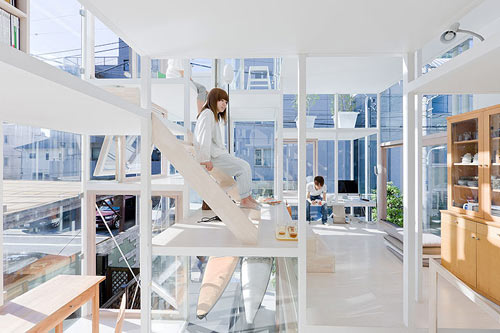 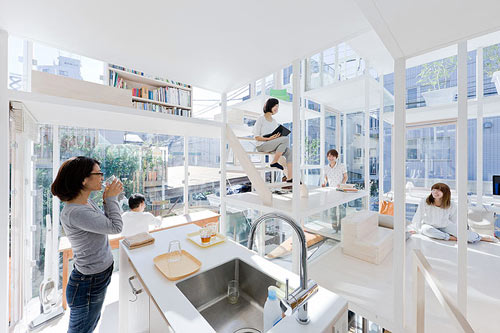 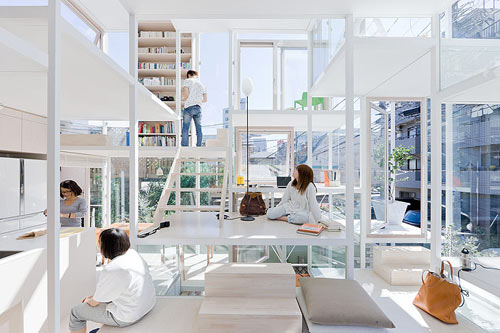 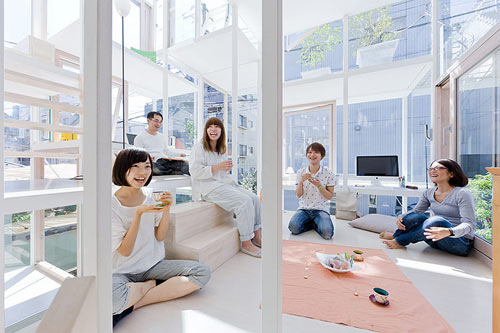 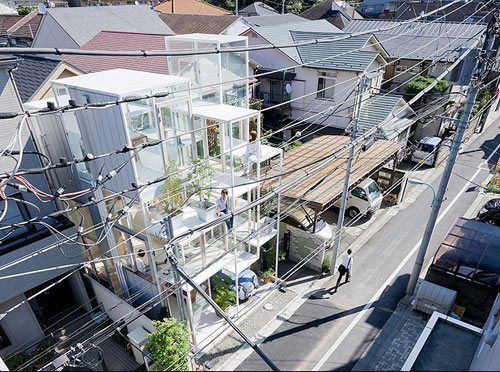